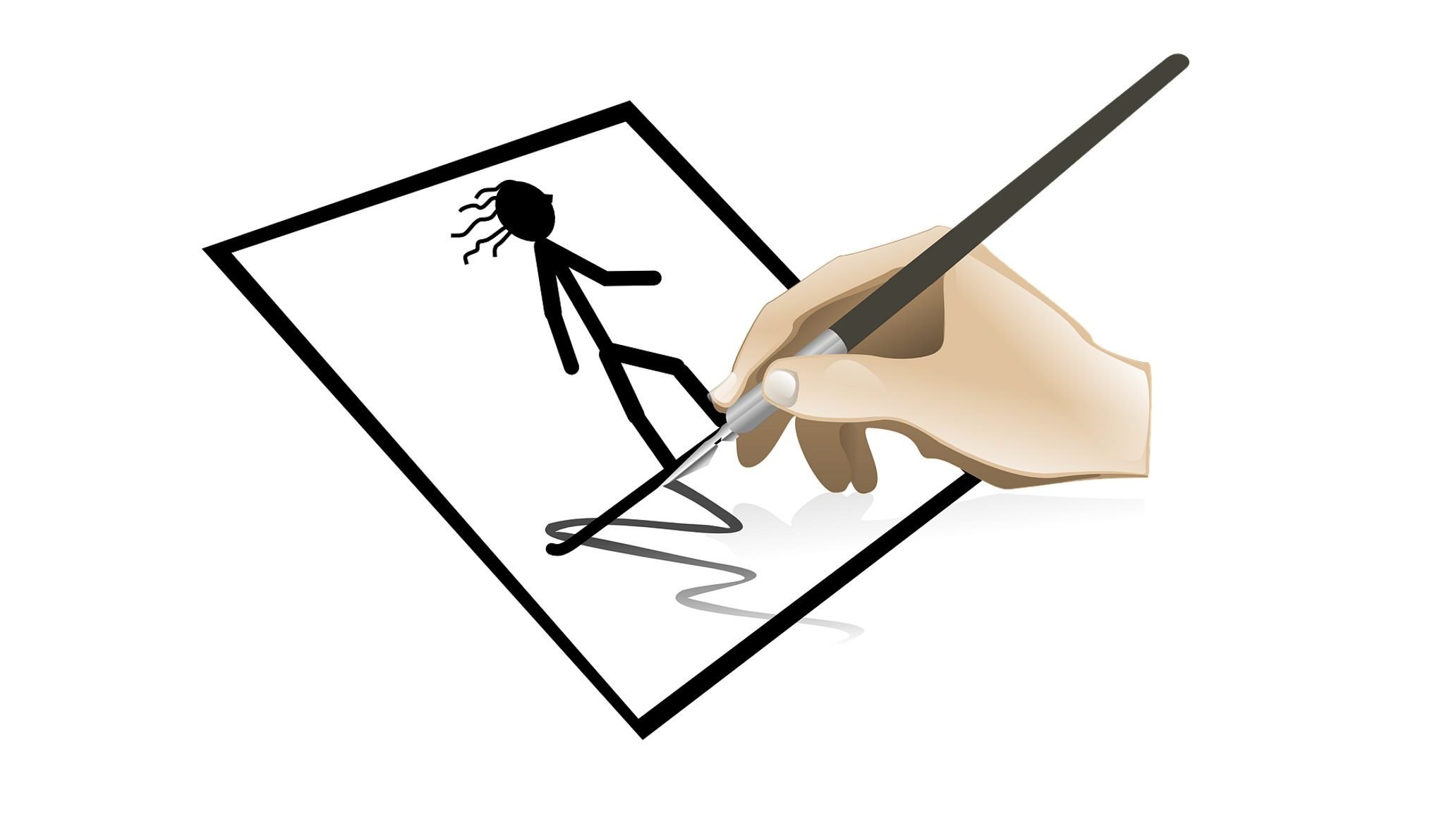 Die Mondagsmaler is a quick guessing game that is familiar to many from German television. As early as 1974, the game show was broadcast on ARD, the first German television, moderated by Frank Elstner. The quiz show was later taken over by other moderators such as Reinhard Mey and Sigi Harreis. In 1996 it was over and the quick guessing game was banned from the screens after 22 years. Since 2018, the 45-minute program has been back on TV with Guido Cantz as the presenter. The guessing and drawing game can also be played well at home as a board game or party game with friends.

The Monday Painter suitable as a single or group game

The quiz game Monday Painter is great as a party game and is sure to make some laughs. As with the fun guessing game who am I , it's about a concept and lots of fun puzzles. You can play the guessing and drawing game as a single game, but also as a group game. If you are a lot of people, it is better to split up into two or even three groups and guess as a team. With five or six people, Die Mondagsmaler is also perfect as a single game.

Regardless of which of the two variants you choose, it will always be played against each other – individually against each other or in a team against each other. You don't necessarily need a lot of artistic talent to be able to play the Monday painter. On the contrary: It is even easier to understand the terms if the drawings are very simple.

You don't need much preparation to play the guessing and drawing game. In principle, you can play it off the cuff if you have the following components for Monday painters at home:

The TV classic is even suitable as a children's birthday game outdoors. Then you only need the aphalt and chalk. One after the other, the children can draw the term they are looking for on the ground with a piece of chalk and everyone else stands around and guesses. Here you can give out a small winner's present for every search term you guess.

Preparation for The Monday Painter

First of all, you have to choose several guessing words for Monday painters. The more the better. Each team can choose their own search terms so that the portfolio is mixed up with terms later on. Write the Monday painter terms on small pieces of paper and put them all in one pot. If one of the Monday painters' words is drawn twice during the party game, a new piece of paper is simply drawn. When children play along, only words that are known to them and can be guessed by the little ones should be used. Each team writes down at least 20 monday words to be used and guessed at the game.

This is how the conceptualizing goes with Monday painter

If your Monday painter is playing with several people, it is best to divide them into teams. Three or four groups should then be formed. With not too many people you can play Monday Painter as a single game. It is best to set the playing time for the individual rounds directly. For adults, a playing time of two minutes is realistic, for a children's game you can set three minutes per term.

Set up the painting wall (flipboard, whiteboard or blackboard)

If you have a board or a blackboard available, make it visible for everyone. If you don't have anything like that on hand, a large sheet of paper can be attached to a door or wall with adhesive tape. Please make sure that the color of the felt marker likes to push through the paper. To avoid a painted wall / door, it is better to use several layers of paper.

Each team now writes at least 20 search terms on small pieces of paper. These are folded and placed in a pot as loose pieces. Mix the search words well. They are then drawn by the Monday painters, who are in turn to paint, and implemented as drawings on paper.

Determines who will start with the term drawing first and who will serve as moderator from one of the other groups. Both go to the board. The game moderator holds the pot with the collected search words and the painter pulls a scrap of paper from the hodgepodge. As soon as the piece of paper is unfolded, the stopwatch starts.

The painter must now try to paint the search term he has drawn. He is not allowed to speak. You can also specify in advance that no gestures are allowed. His teammates from the guessing round must now try to guess the term drawn. The captain takes over the function of keeping an eye on the stopwatch. For example, he can announce intermediate times … for example: “You still have two minutes”. He also listens carefully to see whether the term he is looking for is mentioned during the game.
As soon as the word you are looking for comes up, the draftsman pulls the next piece of paper out of the pot and paints this too. The guessing round starts from the beginning. When the time is up, the game master calls “Stop” and ends the round. The guessing team receives as many points as Monday painter words were guessed. If even the first search term was not found, there are no points.

It is the next painter's turn

So it goes in turn until each team has had their turn to draw and guess at least once. A game master is always chosen from one of the opposing teams. Of course, if you have written down enough guessing words beforehand, you can also play several game rounds.

When all the Monday painting teams have had their turn, the winning team will be determined. The group with the most terms guessed will emerge from the game as the winner.

Sometimes you just can't think of terms for Monday painters. That is why we have listed some search terms here that are relatively easy to draw and that you are welcome to use. Since we know that the words dog, cat, mouse were often the first terms mentioned in the TV show, we leave them out of our search term list because that would be too easy.

Surely you have many more terms and Monday painter ideas in stock. It is also funny and a little more challenging if you play the game with search words that are made up of two or more nouns. With this Monday painter game variant got to As a draftsman, you paint two pictures from which the word you are looking for emerges. You can find examples of suitable search terms in the following list. 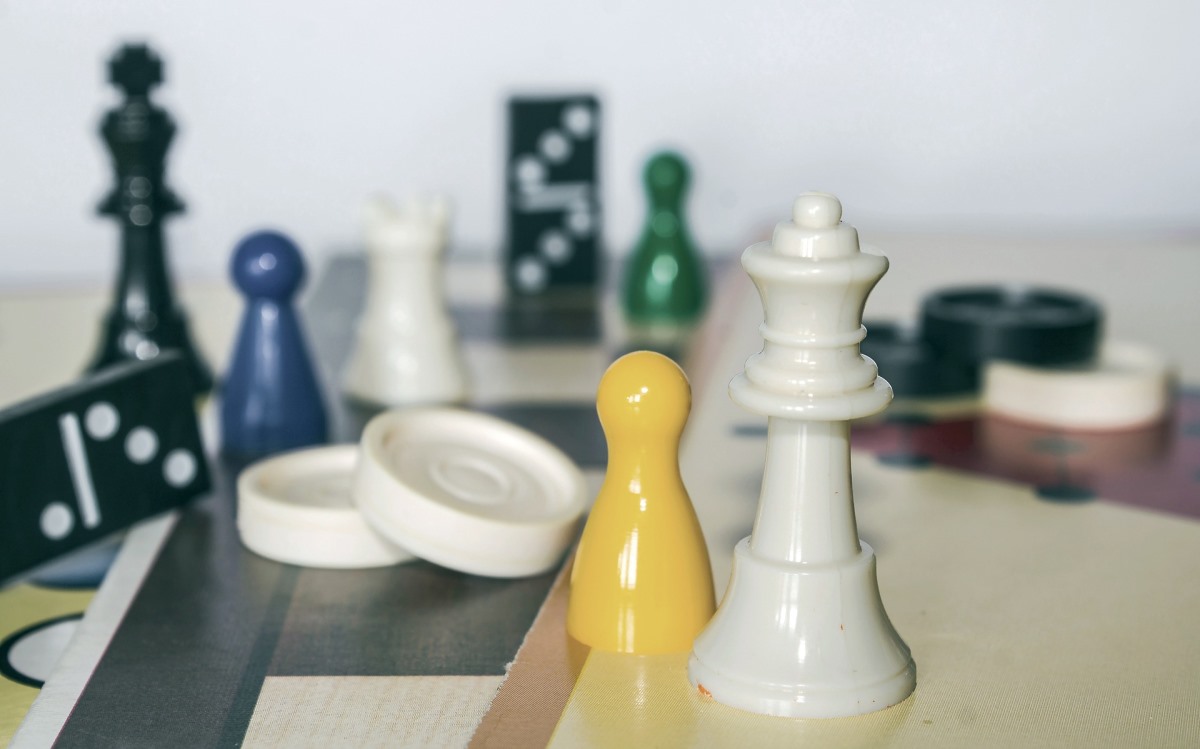