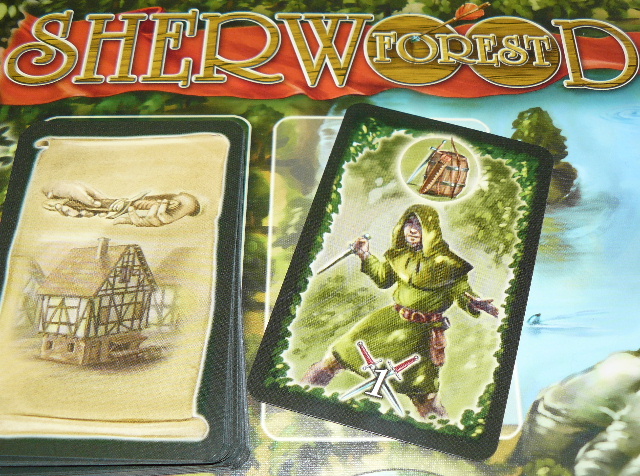 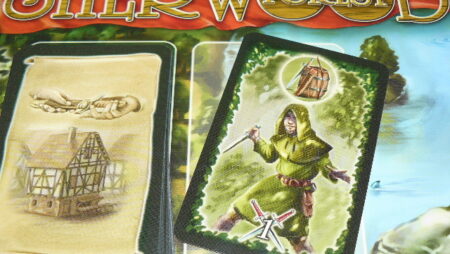 The board game Sherwood Forest tells of the legendary figure Robin Hood, who is known to almost every person on earth. The stories about him vary again and again depending on the narrative. Sometimes he is referred to as a bloodthirsty highwayman who is very greedy and sometimes as a patriot who fights for justice and stands up for poor people. It is still not known whether it really existed. In 2009 the Eggertspieleverlag the latest Robin Hood game included as a debut in his game series.

The two phases of the game

Whoever owns the starting pawn begins the game and places his robber pawn on a playing field and does the prescribed action. You do this one after the other until all robber figures are distributed on the game board. You can always choose between five actions. The only exception is if the action to convert gold into rum falls, then if you have more than five gold sacks, you have to give them to the poor, of course.

You also have to be able to get equipment and new robbers. It is just as important to find a band of robbers for the robbery in the game. Which of the other players could imagine cooperating? You can of course go through a raid alone, but it is often more helpful to have support, even if you have to share the booty afterwards.

Each player turns over a travel group card and the player with the starting player card begins with it. The wooden carriage is placed and moves from start to finish. If you come across a robbery place, then you look at the strength values. If you have reached the value, you attack the tour group. Whoever took part in the robbery also receives the fame points indicated on the travel group's card. The robber skin man always tries to divide the booty fairly. The robbers involved are removed from the field after the attack, as well as the travel group card and equipment card. If a group of robbers is not strong enough, the tour group can pass peacefully and either drive to their destination or to the next group of robbers. .

With this variant there are free negotiations where you have to keep what was promised beforehand. The informant can be the robber chief, but does not have to be. It is important that he keep his promises. The sheriff cards are cards that the robbers always attack to defend the tour group. There are also three new equipment cards in the form of provisions, the forest doublet and the messenger's robe. If there are still robbers on the spaces framed in red after all travel groups, then the player with the majority receives an additional robber from the supply.

Short ones count in this game Tactic decisions no long advance planning. It is often advisable to enter into an alliance with other robber gangs and share the booty rather than wanting to profit alone. The interaction takes place through the alliances. You shouldn't forget the luck factor in this game either. The predators are very valuable and easy to lose. Unfortunately, you have to look at the rules of the game several times in order to keep track of things and questions remain open again and again. Only after playing several times do you get the hang of it.

It is always exciting to see whether a carriage with travelers is really going past the hiding place and whether an attack is profitable. Playing with three people is a little pointless, because somehow you always get the same thing as the others. Therefore it is definitely better to play with several people. If you love a lot of luck in a game, Sherwood Forest is just right for you. For the frequent players among us, the game round will be rather disappointing. But see for yourself, play and decide afterwards.